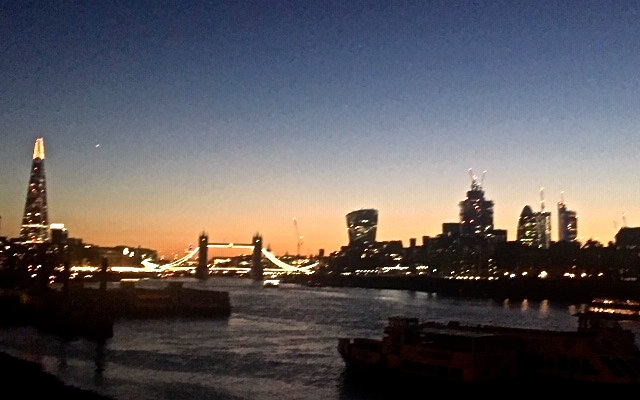 Sarah Zawacki, Core Collaborator of the Roma Peoples Project, reflects on the consequences of the COVID-19 pandemic on the immigration status of Roma in the UK.

Since the UK voted to leave the European Union in June 2016, the country’s immigrant Roma population has been living in a state of uncertainty. I was there on the morning after the Brexit vote, working as a public health researcher for a grassroots Roma community organization in London and fielding the flood of worried inquiries from Roma people fearing deportation. Although their immediate fears proved to be unfounded, the government’s announcement of the European Union (EU) Settlement Scheme—intended to grant “settled status” to EU citizens resident in the UK—brought hints of potentially devastating changes to come.

As the COVID-19 pandemic now continues its relentless exposure of social inequalities, many Roma immigrants in the UK are finding themselves in a new position of instability, unable to secure their immigration status. While the online, app-based settled status application may appear unaffected by the world’s shift to remote operations, there are still unmet needs for direct assistance for people who are unable to read English, who lack technological literacy and connectivity, or who have complex immigration cases. There is limited attention to the unexpected challenges arising from this critical juncture, as Roma across the UK face the possibility that they may miss the deadline to apply and may be forced to leave their homes. Ultimately, though, it seems to be just another reflection of the dysfunctional interaction between Roma people and UK public servants and authorities.

Central and Eastern European Roma in the UK arrived in two main waves: first as asylum seekers in the early 1990s and later in the early 2000s, when a number of Eastern European countries joined the European Union and their citizens gained (restricted) access to free movement rights within the EU. When I spoke to Roma people about their experiences of migration, they emphasized how life in the UK could be hard, but they did not face the same level of harsh discrimination that had characterized life in their countries of origin.

In my public health research, Roma people’s immigration experiences and their health experiences were consistently intertwined. At first, immigrant status appeared to be a contextual factor in understanding experiences of health care. While interviewing Roma people about health service accessibility, language barriers arose as the primary concern, followed by difficulties of navigating unfamiliar UK health care bureaucracy. As my time in the field continued, and the consequences of Brexit accelerated, it became more and more difficult to talk about health without also talking about the impacts of immigration insecurity. One Roma man summed up the effects on mental wellbeing: “People will have more stress; they will be depressed, because, most of them . . . they don’t have any other chance.”

Now we’re seeing a new convergence of immigration and health concerns, as the global health crisis brings a dramatic shift in the basic functioning of society. As a former colleague wrote for the UK’s Independent, the Home Office [the UK immigration authority] is no longer accepting postal applications from people who do not have passports, only national ID cards. As immigration advice providers shift to working from home, people in need of assistance with their applications will no longer be able to meet directly with advisors. The disadvantaged in this situation are those without technological connectivity, without passports, without the language and literacy skills to navigate the settlement application independently. Even amid these concerns, Priti Patel, the UK’s Home Secretary, has stated that she sees no reason to extend the final date for submitting applications beyond the pre-COVID deadline of June 2021.

As is the case in so many areas of society, the pandemic is exposing inadequacies of our current systems, with those who are most vulnerable in danger of falling through the cracks. The pandemic could be precipitating a situation in which Roma lose their residency rights in the UK on a large scale and are forced back to harsher conditions of discrimination in their countries of origin. For the Roma people, who have long been portrayed as undesirable and undeserving, the pandemic is forcing us to ask how societies ascribe the right to international mobility; and who can seek opportunity, family connection or humanitarian protection outside of the country of their birth.